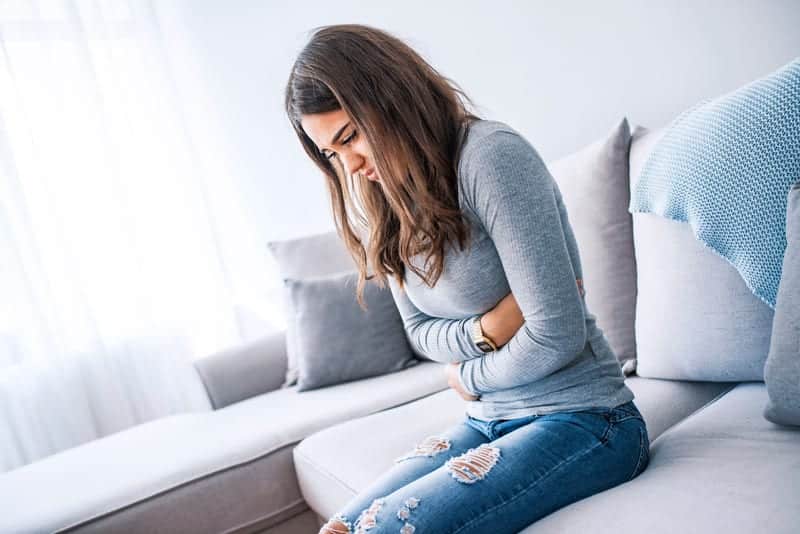 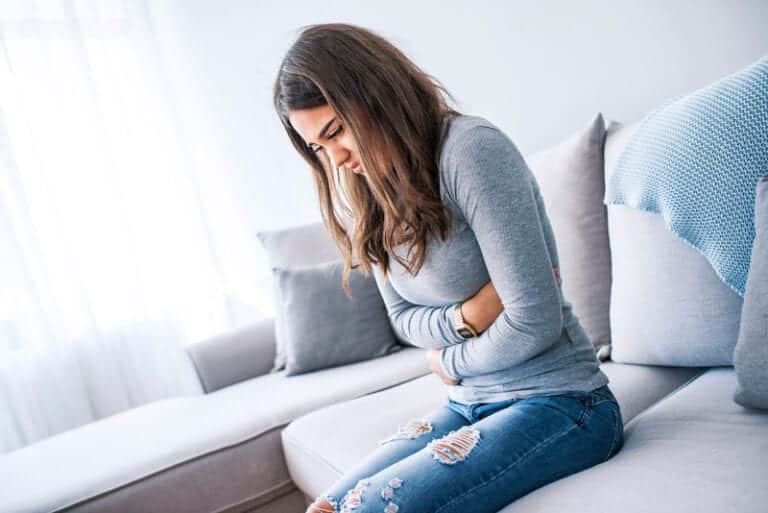 Ulcerative colitis is a milder disease that is characterized by continuous inflammation affecting the colon.  Both of these conditions lead to extensive epithelial damage.

Inflammatory bowel disease may cause a variety of symptoms including:

I thought I would write a post on ways to combat this disease other than the traditional medication therapy.

Remember, if you suffer from IBD, it is important to visit your physician on a regular basis.  Since bleeding and GI blockages are possible, tests may need to be performed by a professional to keep you as healthy as possible.

You may require medication depending on how severe your symptoms are.  This disease may also cause a decrease in the absorption of vital vitamins and nutrients the body needs for proper functioning.

The recommendations in this article should only be considered in combination with the advice of a physician.  I am a strong advocate of yearly check-ups.  Preventative medicine is vital to health.

What Foods Cause Crohn's Disease Flare-ups

Although there is no particular diet that has been scientifically proven to prevent inflammatory bowel disease, there are some trigger foods that may cause flare-ups.  My advice is to keep a food journal and this should help you determine which foods tend to cause problems.  If you find a certain food or food group appearing often before flare-ups, you may consider eliminating that item from your diet.  Some of the possible “problem items” include:

As you can see, there are many foods on this list, and others may also cause irritation and flare-ups.  This is why a food journal is essential.  It is worth the effort! 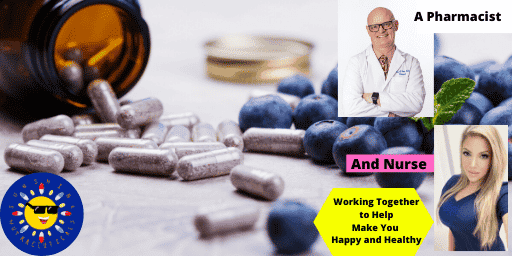 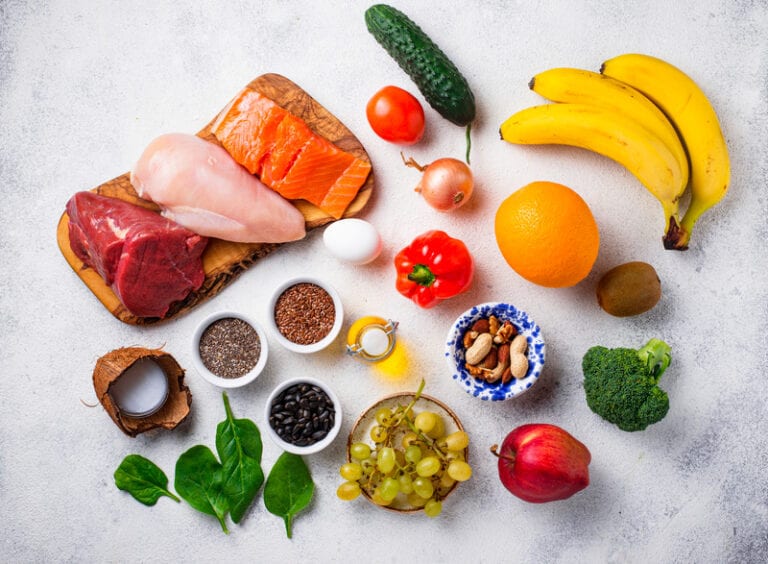 Another strategy is to try an elimination diet.  The way this works is you start by eliminating many foods and if your symptoms improve, you begin to add foods back one at a time.  This can help identify which foods should be avoided in the future.

There are several elimination diets available today.  The Whole30 is a diet my family and I tried last October.  I have written about this in a separate post if you are interested in the specifics.  I highly recommend trying it.

I was also able to locate a specific diet and cookbook on Amazon written by Patty Catsos, MS, RD, LD.  I have not tried this diet yet, and don’t suffer from IBS, but this book has great reviews.  I do not have any association with this product but will list the link below for your convenience. 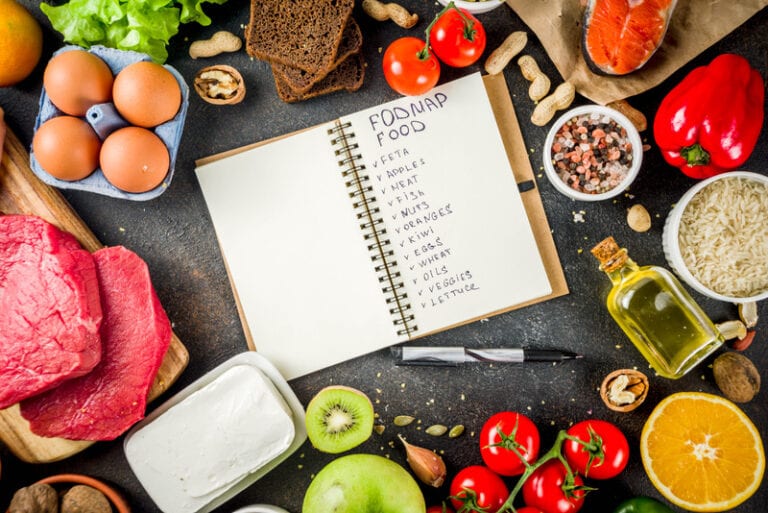 Fermentable oligo-, di-, mono-saccharides and polyols (FODMAPs) are short-chained carbohydrates.  These make their way to the end of the intestinal tract where large amounts of bacteria reside.  The bacteria break these substances down causing the release of gas which may lead to digestive issues in some individuals.  These FODMAPs also draw liquid into the intestines which can lead to diarrhea.  Most individuals with IBS are sensitive to FODMAPs and these substances can lead the flare-ups.  Examples of FODMAPs include:

Galactans – Legumes have large quantities of these.

Fructose – This is the sugar contained in fruits and vegetables.  You also find this in many packaged products.

Fructans – These are found in many grains including wheat, spelt, barley and rye.

Polyols – These are sugar alcohols and are also used in processed foods as a sweetener.  Examples include sorbitol, mannitol, xylitol and maltitol.

These substances are resistant to digestion and are passed through the intestinal tract unchanged.  FODMAPs cause an increased hydrogen concentration in the intestines of those with IBS.  They also influence the quantity of methane gas and may cause gastrointestinal symptoms in IBS patients.2 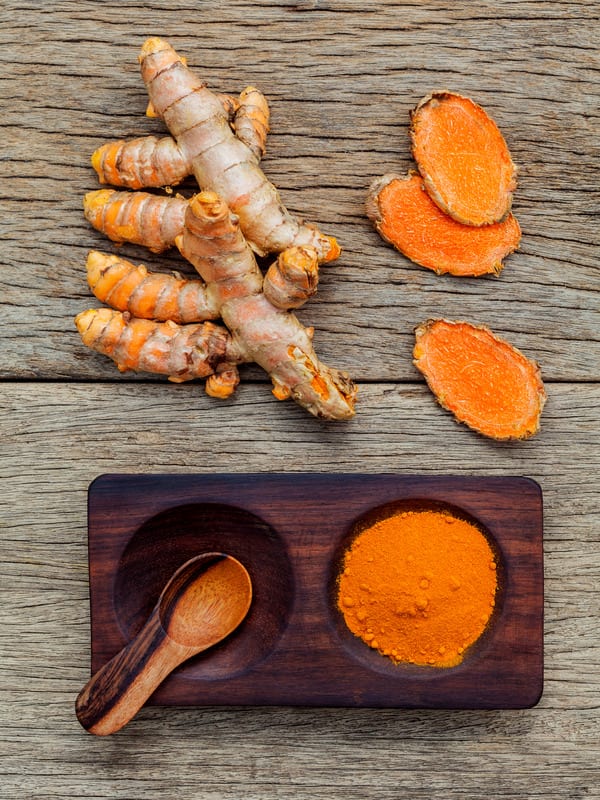 One of the most effective and popular herbal medicines available is turmeric.  This herb contains curcumin which has many beneficial properties.  Curcumin is known to have a wide range of effects on the gastrointestinal system.  This substance has been shown to inhibit the growth of H. pylori in both mice and on agar plates.3

Curcumin is thought to kill bacteria by inhibiting cell division.4

A study by Niamsa and Sittiwet in 2009, demonstrated the antimicrobial activity of curcumin several commonly encountered pathogenic Gram-negative and Gram-positive bacteria.5

Curcumin has also been shown to regulate the gut microbiota.  This is important because inflammatory bowel disease is partially defined by an altered, pathogenic microbiome.6

One of the changes that occur in the gut is the increase in adherent invasive E. Coli (AIEC) which can promote gut inflammation.9

Curcumin has also been shown to inhibit signaling that initiates the inflammatory process in the intestinal tract.11

A study published in 2006 found the addition of curcumin, 1 gram after breakfast and 1 gram after dinner, plus sulfasalazine or mesalamine was more effective than placebo combined with one of these two medications.  The mesalamine group had a 4.65% relapse rate (2/43), whereas the placebo group had a relapse rate of 20.51% (8/39).  A six month follow-up found eight more patients relapsed in the curcumin group and six additional patients relapsed in the placebo group.12

For additional information on curcumin, please refer to my blog post on turmeric below. 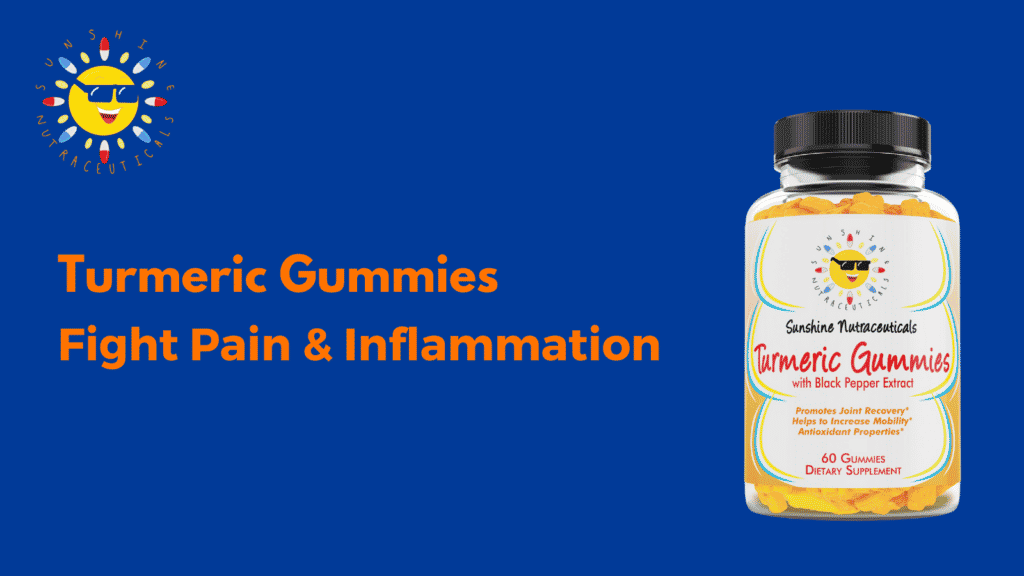 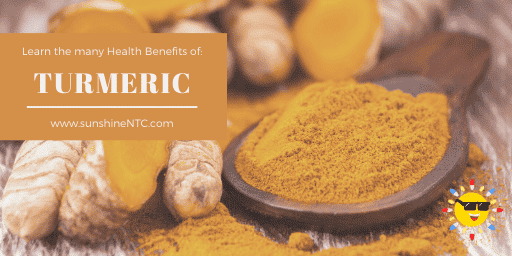 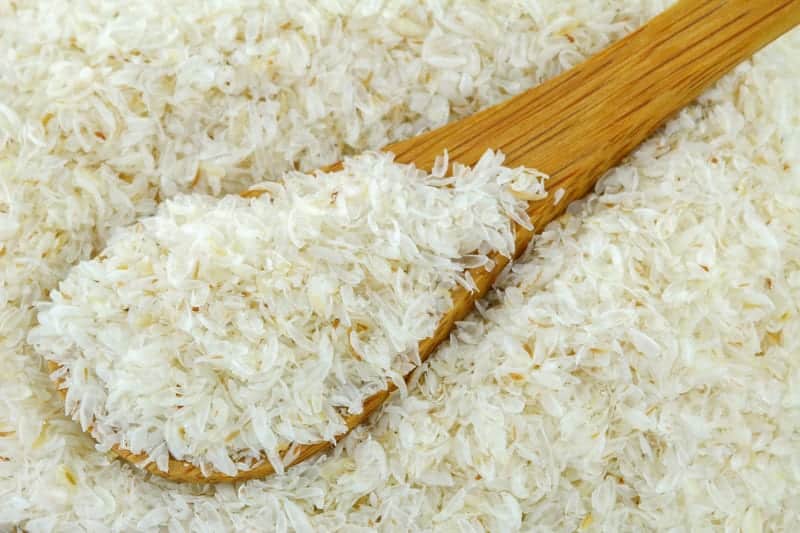 Plantago ovata, also known as Desert Indian wheat or psyllim husk has been used as a medicinal plant.  Psyllium is often used as a bulk forming laxative to support normal bowel movements.  Psyllium is marketed as Metamucil.   We also have this product available in capsule form in the Sunshine Store.  There have been studies showing psyllium to be useful in the treatment of UC.13 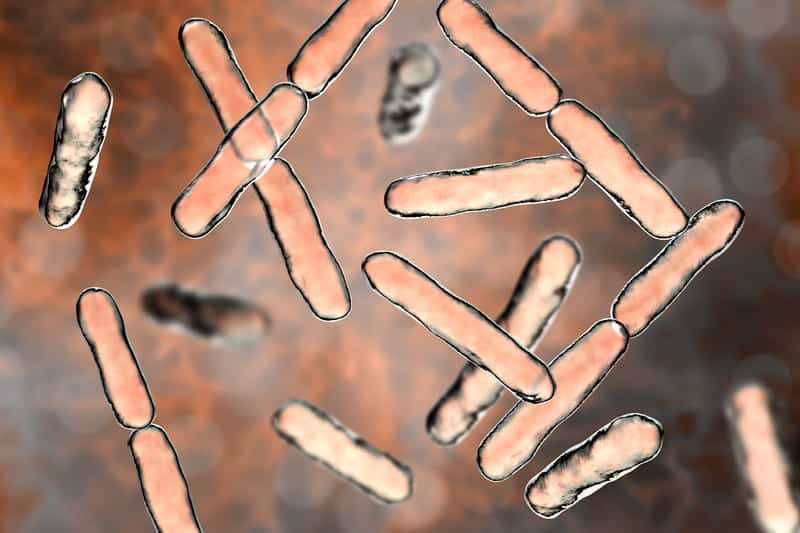 Probiotics would seem to be helpful in IBD.  Ingesting “good” bacterial should fend off some of the “bad” gas-producing bacteria.  At the present time, the studies show that probiotic supplementation is a promising adjuvant treatment in ulcerative colitis.  It is best to use a combination Probiotic such as Probiotic-40 available below.   There is not enough clinical evidence to support the use of probiotics for Crohn’s disease at the present time.14 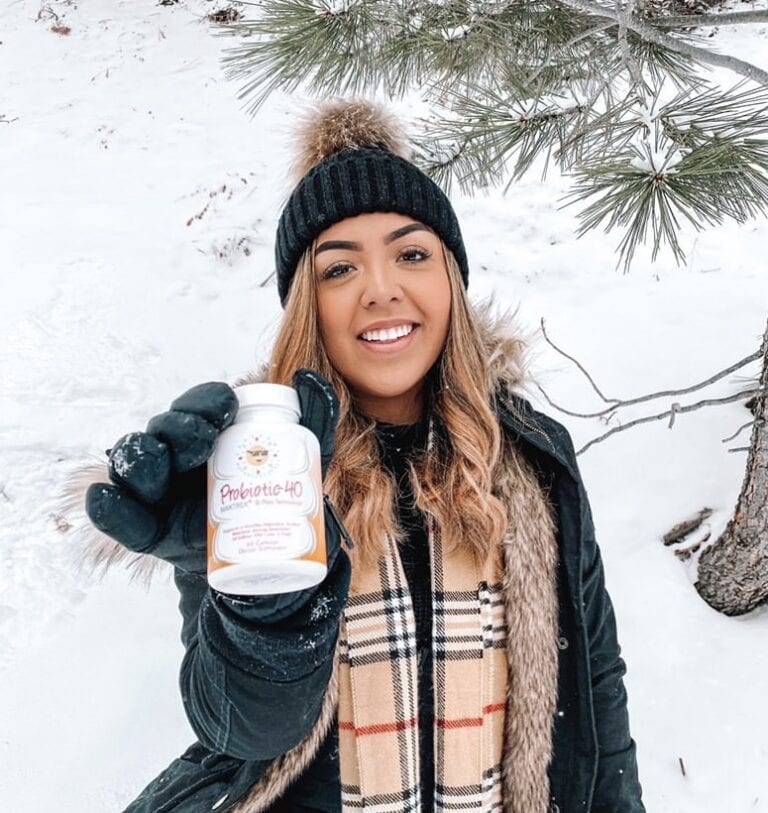 Inflammatory bowel disease can be a debilitating illness and may be dangerous in some cases.  This condition may lead to a decrease in the absorption of critical nutrients and can also lead to bleeding and/or intestinal obstructions.  I suggest visiting your physician on a regular basis, keeping a food journal, and consider adding nutritional supplements to your medication regimen.  Your physician can tell you if you are deficient in vitamin B-12 or other necessary vitamins or minerals.  I strongly recommend a turmeric supplement.  This is one of the healthiest natural herbs available today.  Psyllium may also be beneficial but caution should be observed as large fiber loads can increase IBS symptoms in some individuals.  Be sure to check with your physician before starting this or any other supplement.