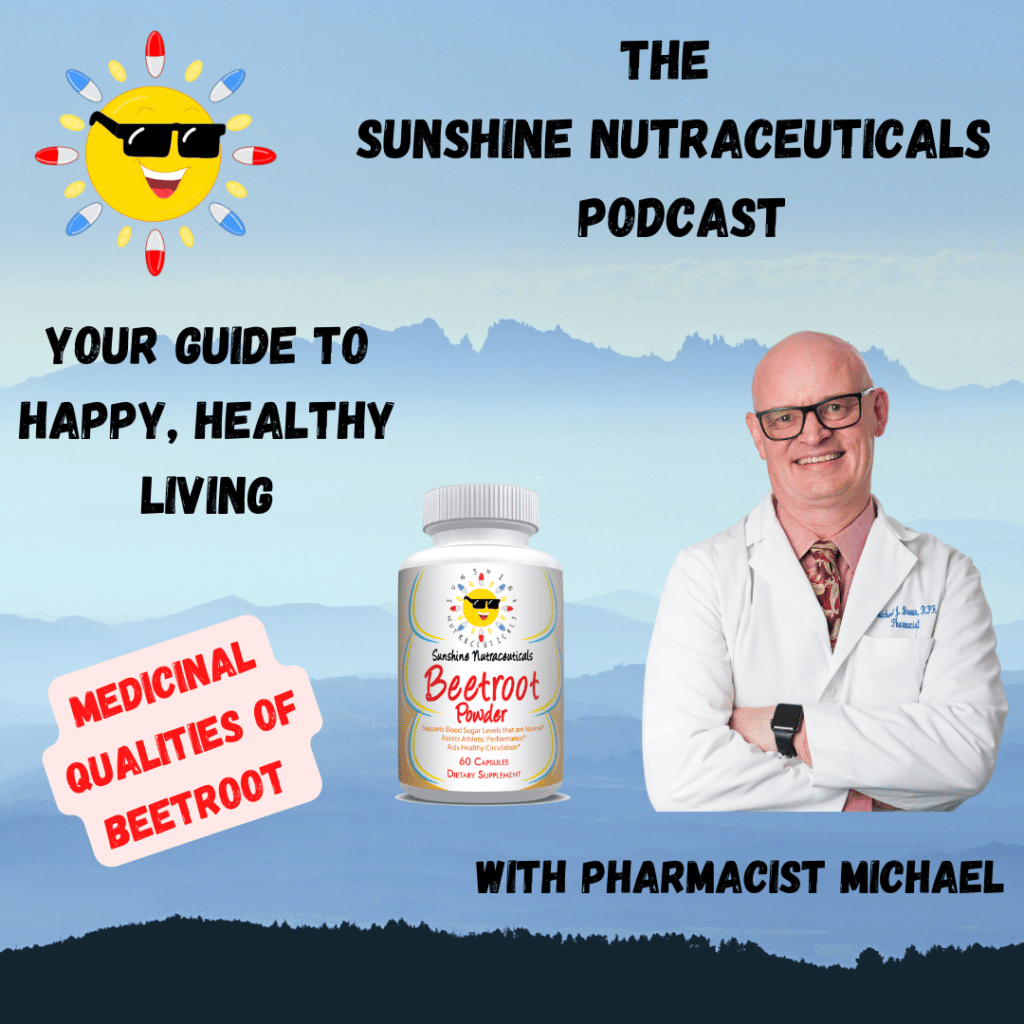 Four important medicinal qualities of beetroot are explored in this podcast.  Hypertension, cognitive function, anti-inflammatory, and anti-cancer properties are discussed along with other possible uses of this natural food supplement. 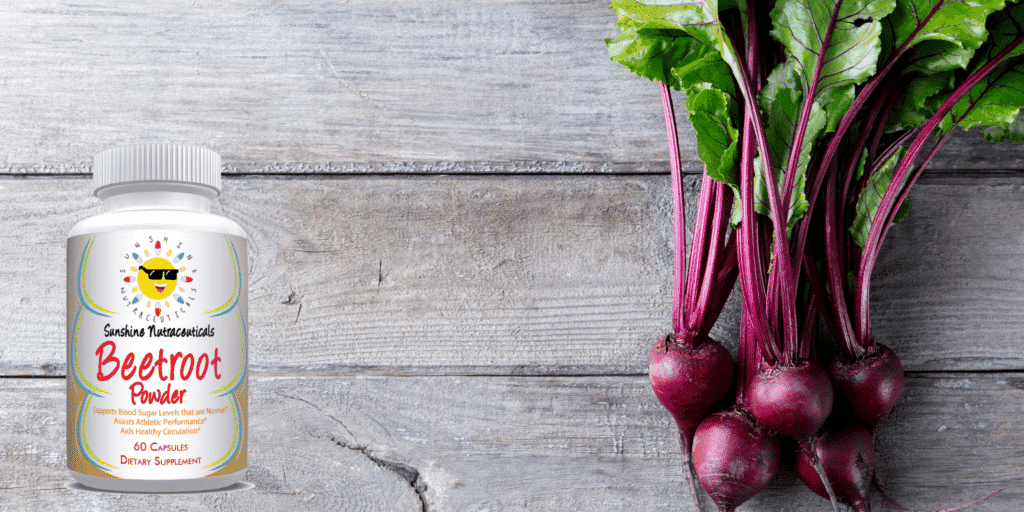 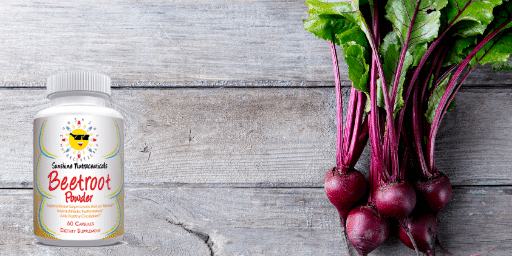 Beets have recently gained popularity for their medicinal uses.  Red beetroot (Beta vulgaris rubra) is a source of nitrate and also contains betalain pigments.  Beetroot ingestion causes an increase in nitric oxide availability and  may lead to a natural treatment for hypertension as well as an improvement in endothelial functioning.  The betalain pigments possess antioxidant, anti-inflammatory and chemo-preventive activity in vitro and in vivo.1

These properties may lead to beetroot’s usefulness in the treatment of diseases occurring due to oxidative stress, inflammation, decreased cognition and altered endothelial function. 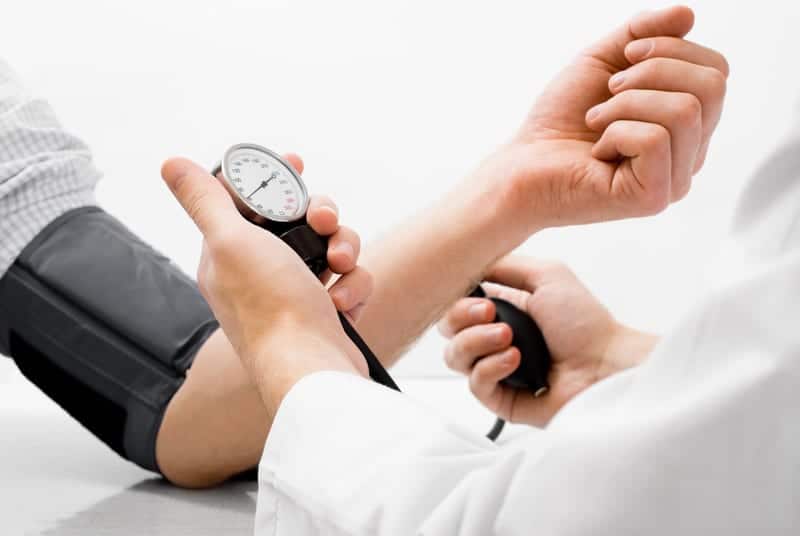 Hypertension is either the primary cause or contributes to more than 1,000 deaths in the United States daily according to the CDC.  High blood pressure increases the risk of stroke, heart attack and heart failure and is also a risk factor for kidney disease.

Beetroot is a good source of dietary nitrate which is converted to nitrite and nitric oxide in the body.  Nitric oxide is known to relax and dilate blood vessels which leads to lower blood pressures.

A systemic review and meta-analysis was conducted in 2017 to investigate the efficacy of beetroot juice supplementation on decreasing blood pressure in human subjects.  The results of this analysis is summarized in Table 1. 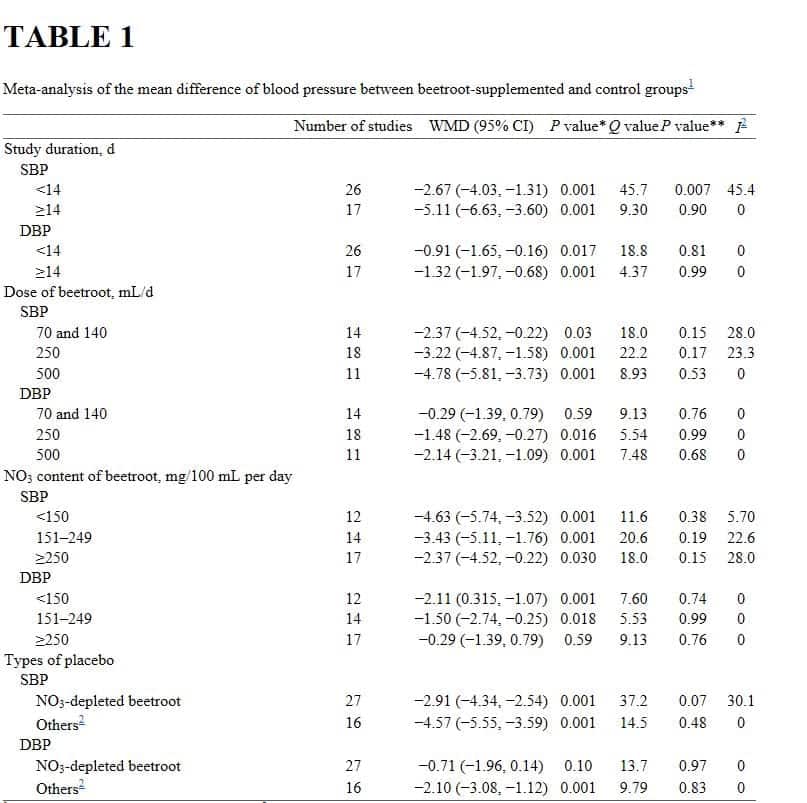 This study concluded that the hypotensive properties of beetroot are a potentially safe and effective nutritional approach to manage hypertension.  They recommend further clinical studies with larger sample sizes and longer duration to confirm clinical usefulness. 2 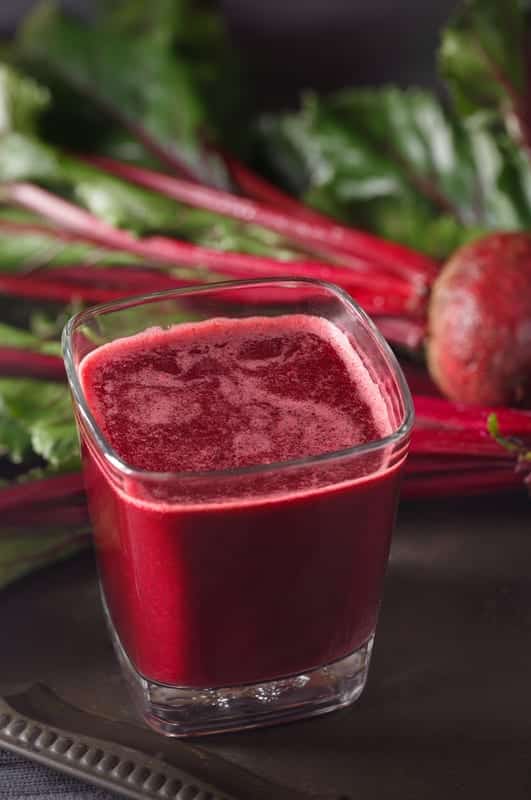 If you have been a reader of my blog, you know how important antioxidant activity is.  Oxidative stress can lead to functional impairment of the cells.  If this occurs over a long period of time, diseases such as cancer may result.  One estimate suggests oxidative stress plays a role in over 200 clinical conditions.3

Reactive oxygen and nitrogen species (RONS) are molecules capable of oxidation.  These are continuously generated during cellular metabolism.  When aberrant cell metabolism, UV radiation, xenobiotics or increased inflammation lead to more RONS than the cells antioxidant defenses can combat, an imbalance results.  This leads to the condition referred to as oxidative stress.4

Beetroot is very rich in antioxidant compounds.  The betalain pigments have been shown to protect cellular components from oxidative stress in several studies.5

Beetroot also contains many highly bioactive phenolics, including rutin, epicatechin and caffeic acid that are also known to be potent antioxidants.8 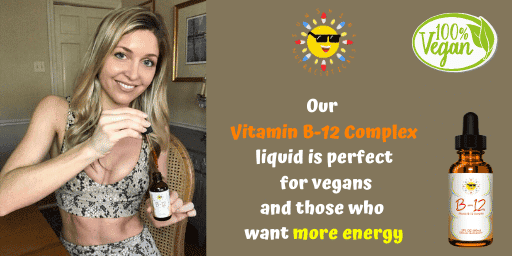 Get our Vitamin B-12 Liquid

Order Today and Get More Energy
I Want This 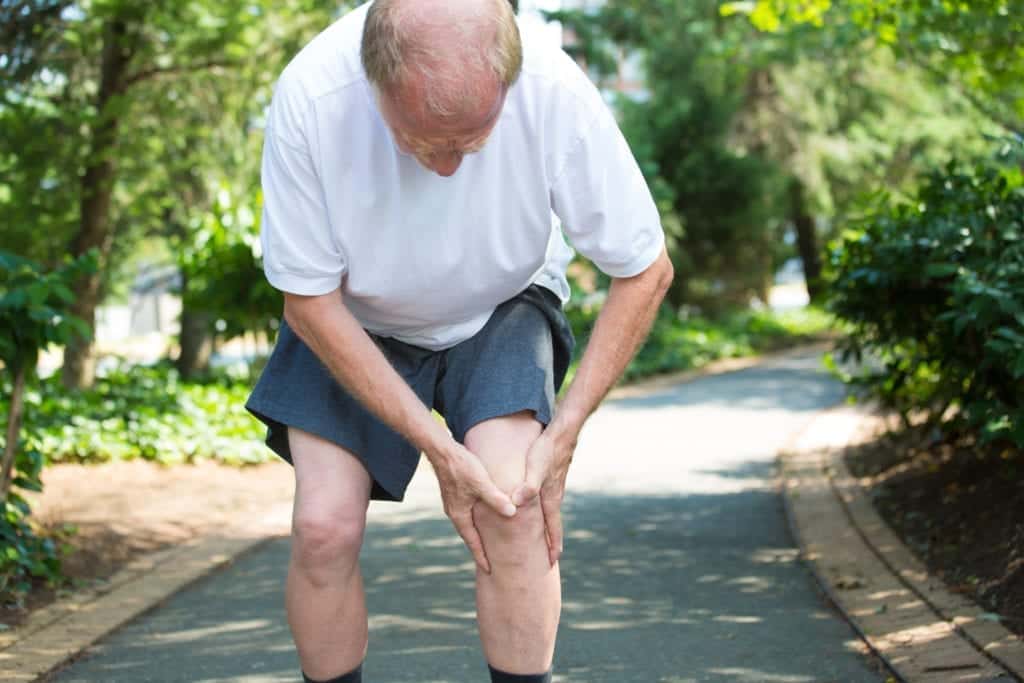 Beetroot as an Anti-Inflammatory

Inflammation is one of the defense systems used by our body.  It causes the release of substances that expand blood vessels increasing blood flow to injured areas helping to speed the healing process.  If inflammation persists for an extended period of time, cell dysfunction may occur.11

Chronic inflammation has been associated with many clinical disorders including heart disease, cancer, obesity and liver disease.12

We have treated inflammation with non-steroidal anti-inflammatory drugs (NSAIDs) since the 1970’s.15

Like any medication, these agents have side effects especially when used over long time periods.  NSAIDs can cause kidney damage and bleeding issues.  They also interact with several other medication classes.  Furthermore, NSAIDs have been shown to be ineffective for many inflammatory related conditions.16

The focus has been changed from NSAIDs to natural food sources as a potential alternative to combat chronic inflammation.17

Betalains and beetroot extracts are potent anti-inflammatory agents.  A study by Reddy et al in 2005 found that betanin inhibited cyclooxygenase-2 (COX-2) enzyme activity by 97%.  This effect is comparable to the anti-inflammatory drugs Ibuprofen, Vioxxtm and Celebrextm.  This was the first study to show betanin’s strong anti-inflammatory properties.18

It is well known that cognitive function decreases with age.  This is believed to be due, in part, to a reduction in cerebral blood flow.20

This reduction in cerebral blood flow has been implicated in dementia and Alzheimer’s disease.23

It would seem reasonable to conclude that beetroot could improve cerebral blood flow by increasing the availability of nitrous oxide.  We also know that a lower concentration of nitrous oxide can impair cerebral energy metabolism and neuronal activity. This may lead to neurodegeneration and cognitive deficits over time.25

A study published in 2013 found improvements in systemic and cerebral vascular hemodynamics after ingestion of beetroot juice.  The investigators came to the following conclusion.

The hemodynamic improvements associated with the beetroot juice treatment appear to be consistent with counteracting some of the pathophysiologic cerebral vascular features of hypertension, Alzheimer’s, and other diseases associated with brain hypoperfusion and cognitive deficits.28 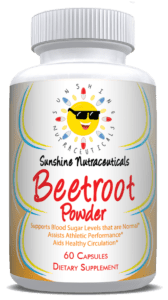 I recommend taking two capsules of Sunshine Nutraceutical’s Beetroot Powder Caps (1300mg) once daily.  Our product is all-natural, non-GMO and 100% organic.  This supplement is vegan and made in the United States.

After researching the benefits of beetroot, I decided to add it to our product line.  I work on a unit that cares for dementia patients so I am always interested in novel treatments for this disease.  Beetroot is high in antioxidants and is a great source of nitrates which are converted to nitrous oxide in the body.  I discussed four medicinal uses of this super food in this post but other possible uses also exist.  The increase in nitrous oxide and blood flow could be helpful in the treatment of erectile dysfunction.  The antioxidant properties may also prove to be beneficial in the treatment of some types of cancers in the future.  Finally, beetroot may be useful in improving exercise tolerance in athletes.  More studies will surely be done in the future regarding the many uses of beetroot.

Thank you for reading this post.  As always, please contact us with any questions or comments.  Have a great week and be happy and safe. 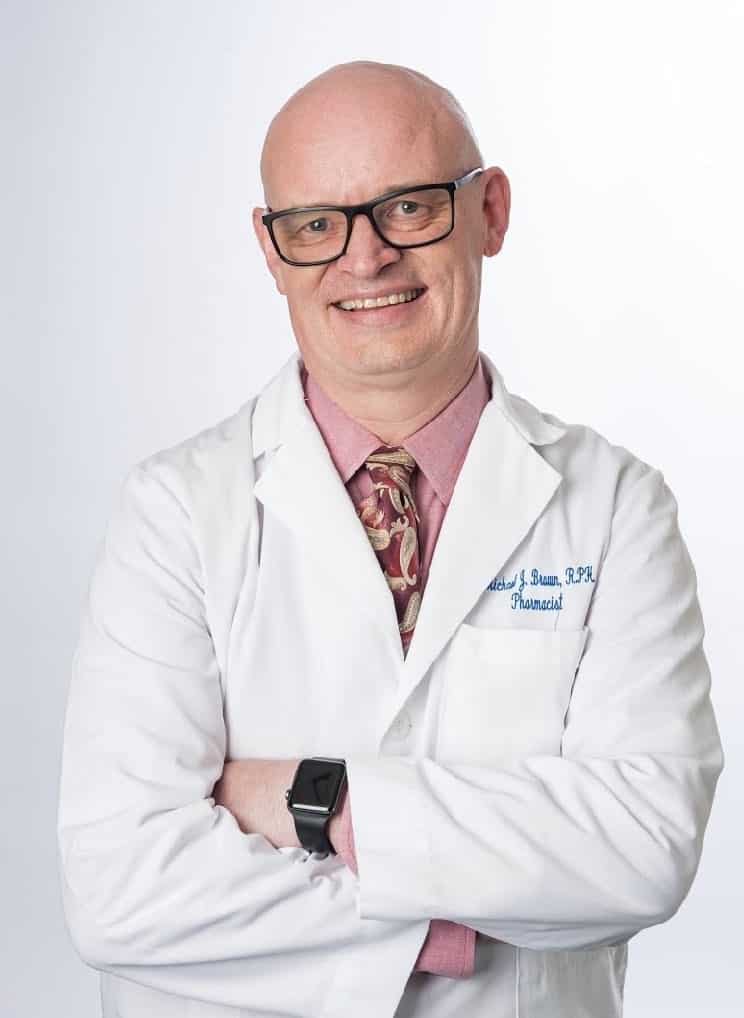